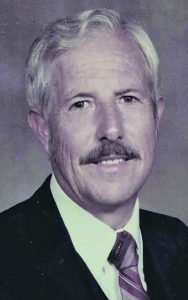 Born July 24, 1930 in Columbus County, he was the son of the late Lunas and Maude Gore Lanier.

He attended American Bible School in Chicago, Illinois, where he obtained a certificate in Advanced Theology.He was a pastor for 43 years.

Family would like to thank all of their friends and neighbors for all of their acts of kindness shown during his years of illness.