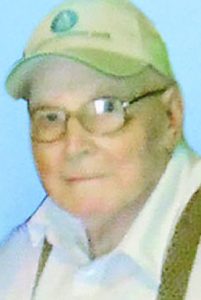 George Watson Gore of Little River passed away Sunday, Dec. 10, at Covenant Towers Health Care in Myrtle Beach. He was 88.

Mr. Gore was born on June 29, 1929 in Little River, a son of the late William Needham Gore and the late Mary Louise Jones Gore.

Mr. Gore served his country with courage, honor and distinction in the United States Air Force. After the military, he worked as an accountant where he helped numerous local business owners. Mr. Gore was an avid hunter and fisherman and an exceptional mentor and business man. He was a devoted husband, a very loving and attentive father and grandfather who will be greatly missed by all who had the pleasure of knowing him.

In addition to his parents, Mr. Gore was predeceased by his wife, Maud Mildred Hughes Gore; two brothers, Woodrow Rodney Gore and William Leon Gore and his sister, Myrtle McLamb.

Survivors include his two daughters, Brenda Gore of Little River, and Linda Gore-Webster and husband, Steven of San Francisco, California and a granddaughter, Stephanie Webster of San Bruno, California.