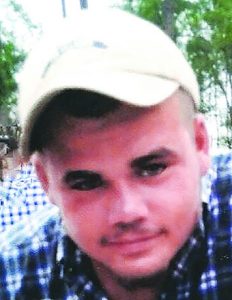 Bryan Lucas Gaskins of Tabor City got his wings on Dec. 25, when he went to be with the Lord. He was 19.

He was born Nov. 2, 1998 in Wilmington. He was the son of Davis Christopher and Joanne Goff Grice of Tabor City.

Upon leaving school, he went to work in marine construction. His life was short but he was loved by many and returned that love.

He was preceded in death by his paternal grandfather: Carey Gaskins.

A memorial service was planned for 6 p.m. Friday, Dec. 29 in the Inman Ward Funeral Home Chapel, Tabor City, visitation following in the chapel.