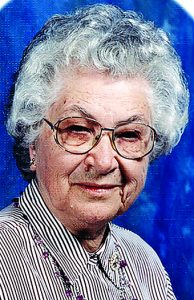 Sadie Bell Martin Watts Greenwood of the Goretown community near Loris passed away on Saturday, Jan. 27,  at her home. She was 91.

Mrs. Greenwood was born on Feb. 22, 1926 in Green Sea, daughter of the late Patrick Martin, Sr. and the late Emma Viola Mew Martin.

Mrs. Greenwood retired as a farmer and a was a very active founding member of Community Baptist Church.