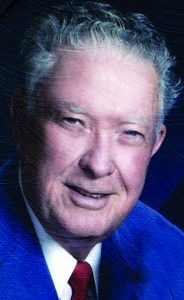 Maurice Fowler of Green Sea passed away on Friday, Feb. 16, at Grand Strand Regional Medical Center. He was 83.

Mr. Fowler was born Sept. 7, 1934 in Conway, son of the late Joseph Daniel Fowler and the late Jessie Harrelson Fowler. Mr. Fowler retired as a Tech Sergeant with the United States Air Force and was a longtime member of Green Sea Baptist Church where he also served as a custodian for over 14 years.