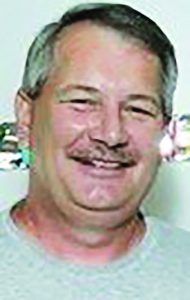 Terry Dale Cribb of Clarendon died Wednesday, Feb. 21, in his home. He was 58.

Born in Horry County, he was the son of the late George William Cribb and Alene Todd Cribb.

He is survived by his wife Barbara W. Cribb of the home;  one son Brian Dale Cribb of Clarendon;  one daughter Tracy Nicole Cribb McGraw of Clarendon; one sister Theresa Cribb Smith of Delco; 5 grandchildren.

He was a retired veteran of the Army National Guard.