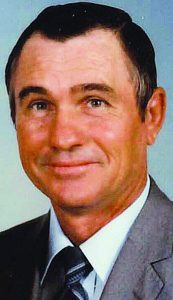 Born July 5, 1942 in Columbus County, he was the son of the late Henry Joe and Geneva Long.

In addition to his parents, he was preceded in death by one brother, Tony Long.

He was a member of Pireway Original Free Will Baptist Church and a member of the Nakina Rescue since 1973.

Visitation was planned from  6 to 8 p.m. Saturday, March 3, in Inman Ward Funeral Home of Tabor City.