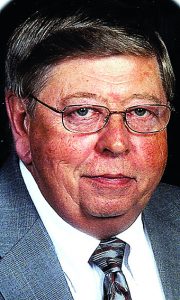 Larry Ray Tyler of Longs passed away on Thursday, March 1, at his home. He was 70.

Mr. Tyler was born April 12, 1947 in Conway, son of the late Rev. Norman Emmett Tyler and the late Mary Jane Barnhill Tyler. Mr. Tyler worked as an equipment designer and was a member of Living Water Baptist Church.

Visitation was planned for the hour preceding the service at Living Water Baptist Church.