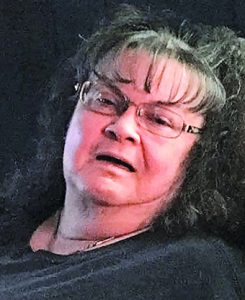 Born Oct. 26, 1956 in El Paso, Texas, she was the daughter of Clara Norris Cartrette and the late Rayford Cartrette.

In addition to her mother, she is survived by one daughter, Andrea Fowler Aguilar; one brother, Danny Ray Cartrette; and two grandchildren, Sacorra Hernandez Davis “Corri” and Amber Hernandez Carper.

In addition to her father, she was preceded in death by one brother, Ricky Dell Cartrette.

Visitation was planned for the hour hour prior to the service in the chapel.