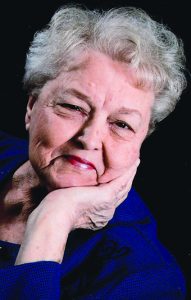 Born Dec. 21, 1932 in Columbus County, she was the daughter of the late David Paul Mills and Doris Lee Stephens Mills and the widow of Dale Watts.

In addition to her parents and husband, she was preceded in death by one brother, Larry Mills; and one sister, Barbara Ann Mills Grainger.

Visitation was planned from 6 to 8 p.m. Tuesday, April 17, in Inman Ward Funeral Home of Tabor City.