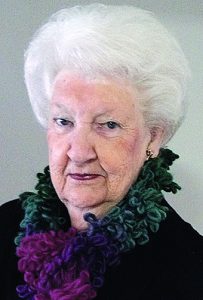 Myrtle Gore Long of Clarendon died Sunday April 15, in her home. She was 89.

Born May 15, 1928 in Columbus County, she was the daughter of the late RT Gore and Susan Long Gore, and the widow of Jessie Lawrence Long.

In addition to her parents and husband she was preceded in death by two son-in-laws, Ronald McLean and Gary Simmons; two brothers, Owen Andrews and Tom Gore; two sisters, Carrie Gore and Mary Frances Carlisle.

In lieu of flowers memorials may be made to the Bethel Memorial Cemetery Fund, 9195 James B. White Hwy. S., Clarendon, NC 28432.