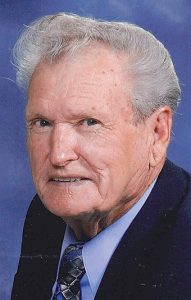 Horace Worley of the Beaverdam community, Chadbourn, died Saturday, May 5 in his home surrounded by his family and friends. He was 76.

Born May 5, 1942 in Columbus County, he was the son of the late William Augustus and Clardia Cartrette Worley .

Visitation was planned from 7 to 9 p.m. Monday, May 7, in Beaverdam Original Freewill Baptist Church, Chadbourn.