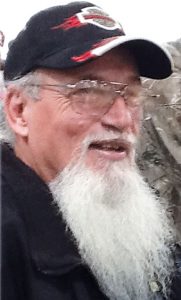 Larry Solon Gore of Longs passed away on Saturday, May 12, from a motorcycle accident. He was 67.

Mr. Gore was born on Feb. 12, 1951 in Loris, son of late William Solon Gore and Leona Smith Gore. Mr. Gore was self employed in the construction industry.

Mr. Gore was predeceased by his father, William Solon Gore; his sister, Becky Hardee and his beloved pet, Wendee.

Visitation was planned from 12:30 p.m. until the time of the service at  Hardwick Funeral Home.