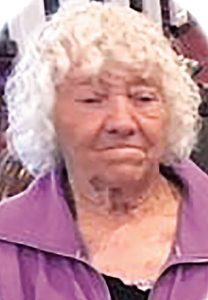 Mrs. Sanderson was born April 21, 1939 in Conway, daughter of the late Luther Oscar McDowell and the late Lizzie Orilla Hardee McDowell. She was a homemaker and of the Baptist faith.

Survivors include her husband of 64 years, Hoyt Sanderson of the home; her son David Sanderson and wife, Rachel of Loris; her daughter, Angela S. Poe and husband, Chris of Loris; two grandsons, Chris Cooper and Jarad Johnson, both of Loris; and her sister, Rosa Suggs of Saint Pauls.