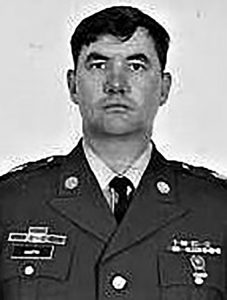 He was the son of the late Dozier Watts and Zettie Spivey Watts.

He was a Retired Veteran of the United States Army.

He is survived by his wife of 51 years, Ellen Julia Quick Watts of Tabor City; two daughters, Annette Michelle Arwood and husband Michael of Nakina and Karen Suggs and husband Jeff of Charleston; and a son, Michael Watts of Ash.

Visitation was planned from 6 to 8 p.m. Tuesday, June 19 in Inman Ward Funeral Home of Tabor City.