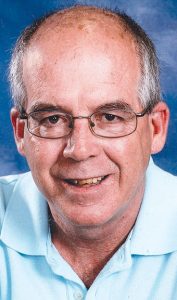 Born April 7, 1961 in Marion County, he was the son of the late Frank S. Jackson and Jean Sinclair Jackson.

In addition to his parents, he was preceded in death by a brother, Billy Jackson; and a sister, Gail Blanton.

Visitation was planned beginning at noon, prior to the service, in the church.