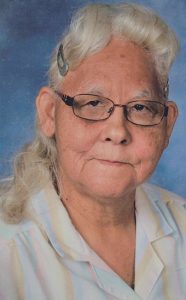 Shirley Temple Oxendine Gore of Tabor City died Thursday, June 22, in her home. She was 76.

Born June 24, 1941 in Robeson County, she was the daughter of the late Donald Oxendine and Lillie Mae Hunt Oxendine.