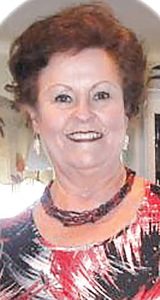 Sadie King Gore of North Myrtle Beach passed away on Thursday, July 12. She was 76.

Sadie was a caring homemaker and a member of the First Baptist Church of North Myrtle Beach, but will be most remembered as a loving wife, mother, sister, and friend to all who were blessed to have known her.

Survivors include her husband, J. Curtiss Gore of the home; her two sons, David C. Gore of Columbia, and Scott C. Gore and wife, Dana of Inverness, Florida and her brother, Kenneth Wayne King, Sr. and wife, Carolyn of Jacksonville, North Carolina.

In addition to her parents, Sadie was predeceased by her three brothers, L. Edward King, Robert Alton King and J. Thomas King.

Memorials may be made to the charity of your choice.