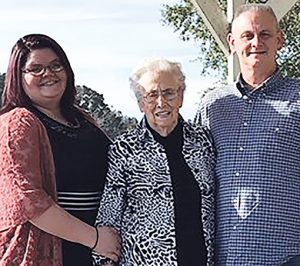 Virginia Watts Long of Tabor City, died Sunday, July 29 in her home. She was 96.

Born Aug. 3, 1921 in Columbus County, she was the daughter of the late Dow Watts and Edith Soles Watts and the widow of Cortis Eugene Long.

In addition to her parents and husband, she was preceded in death by one son, Danny Eugene Long; one daughter, Linda Taylor; four brothers, Bill Watts, Ted Watts, Dale Watts, Ned Watts; and one sister, Peggy Currie.