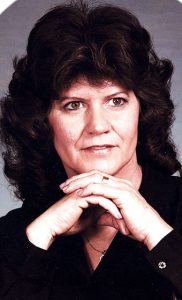 Lois was born on May 16, 1938 in Nakina, to the late Edward and Elmina Turbeville Buffkin.

Lois was one of 13 siblings and was often the “mom” to her younger brothers and sisters. The role of caregiver has always been a part of who she is known to be, but she was so much more to those who loved and cherished her.

Lois was a great softball player, an incredible seamstress, loved gardening, animals and also one to not delay from giving you her opinion. She will be greatly missed as the matriarch and foundation of the family.

Family wishes to thank Mary Briseno and Dedra McDowell of Amedisys Hospice Care for the support and care they provided to her each week.

Visitation was planned from 6 to 8 pm.. Friday, Aug. 17, at Hardwick Funeral Home, Loris.

In lieu of flowers, please consider a donation of time or funds to Amedisys Hospice Care at Amedisys.com/services/volunteers-and-donations/ or McLeod Health at mcleodhealth.org/foundation/ways-to-donate/donate-now/.