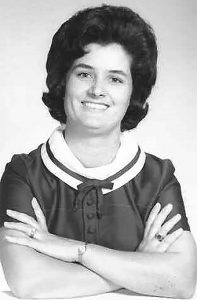 Born in Columbus County, she was the daughter of late James Gurtha Ward and Lettie Johnson Ward.

Memorials may be made to Lower Cape Fear Hospice and LifeCareCenter 206 Warrior Trail Road, Whiteville, NC, 28472.