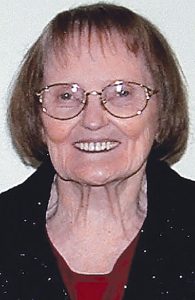 Cecil Inman of Little River passed away on Tuesday, Sept. 11, at Embrace Hospice House Myrtle Beach following an illness. She was 88.

Ms. Inman was born on Nov. 6, 1929 in Brooksville, to the late, Robert Zeno Ward and the late, Florence Blanton Ward.

Ms. Inman was a longtime member of Beulah Baptist Church and a loving homemaker to her husband and children.