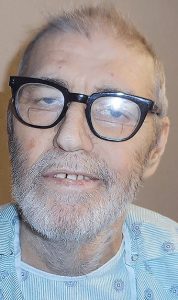 Born Aug. 11, 1964 in Horry County, he was the son of Daphne Ray Spivey Buffkin of Green Sea and the late Waldo Delano Buffkin.

In addition to his mother, he is survived by two sons, Derrick Elliott of Fair Bluff and Christopher Smith Buffkin of Charlotte; three sisters, Jo Ortiz and Helen Flores-Morales of Nichols, and Crystal Buffkin of Bishopville; and a host of nieces and nephews.

In addition to his father, Delano Buffkin, he was predeceased by his daughter, Ashley Buffkin Rogers; and granddaughter, Haley Ann-Marie Rogers.

Burial will be private at a later date.