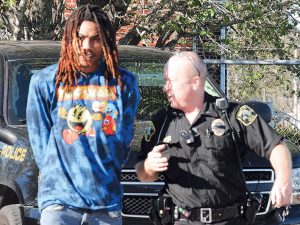 A murder charge has been leveled against a Forest Edge Apartments resident, his girlfriend charged with misleading police after a shooting there left a Georgetown area man dead, Capt. Greg Sibbett of the Tabor City Police Department said Friday.

Tashara Jenerette, 23, was charged later in the afternoon with resisting police by providing misleading information to investigators, Sibbett said.

Ahmad Rashard Wright, 27, of 35 Split Oak, Pawleys Island, Georgetown, died not long after the shooting that took place after 8:30 a.m. at the upstairs apartment of Jenerette, Sibbett said. Bellamy, who had formerly been a Loris resident, was living in the apartment with his girlfriend, Sibbett said.

Investigators know that Wright was shot at the threshold of the apartment, gunfire coming from inside, Sibbett said.

Wright was also armed, one shot was fired from his handgun at some point before Wright dropped it at the bottom of the staircase as he fled, mortally wounded. 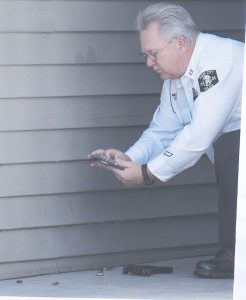 A high-capacity magazine was ejected from the gun as it hit the concrete, spilling bullets that littered the sidewalk around the gun.

Wright was on the pavement in the parking lot, gunshot wounds to his abdomen, when police arrived, Sibbett said, and taken by ambulance to McLeod Loris hospital, where he died shortly after arriving.