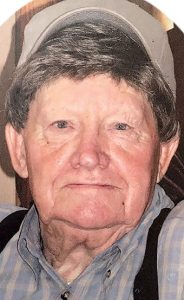 Clyde William Wilson of Longs passed away on Saturday, Oct. 20, at his home following an illness. He was 89.

Mr. Wilson was born on Dec. 3, 1928 in Whiteville to the late, Homer Wilson and the late Lena Sellers Wilson. Mr. Wilson served his country with courage and honor in the United States Navy, after which he worked as a cabinet maker until his retirement and was a member of Believers Bible Chapel.

In addition to his parents, Mr. Wilson was predeceased by his step-son, Leo Hyatt, step-daughter, Carolyn Causey, one brother and five sisters.