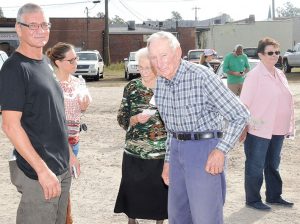 Voting hours will be extended in Tabor City because some voters were turned away from the polls early Tuesday, the NC Board of Elections has decided.

Voting at South Williams Precinct will end at 9:20 tonight, a response to the lack of ballots for voters who live inside the Tabor City limits for nearly two hours after the polls opened Tuesday.

Meeting in emergency session in Whiteville Tuesday morning, the Columbus County Board of Elections said ballots were received in Tabor City at 8:20 a.m., the state board mirroring that delay in its decision.

Meanwhile, two voters say they were turned away from the polling place at Lebanon United Methodist Church early Tuesday, but were able to cast their ballots later in the day, although county elections officials insist the problem occurred only in Tabor City.

David and Martha Hardwick said they were up early Tuesday, a busy day ahead, with plans to cast their ballots in the Williams 2 Precinct at 7 a.m., a half hour after the polls opened.

“They told us ‘We don’t have your ballots’,” David said.

“It was terrible,” Martha said. “I just think, they knew the election was going to happen ahead of time. It’s not something that just got dropped. They should have been more prepared.”

With their home about two miles from the polling place, both David and Martha said they were able to return and vote later in the day, when their ballots were there. They are among just a handful of Williams 2 voters who live in county commissioners district 6.

“We’re kind of in a triangle,” David said.

Most in Williams 2 Precinct live in commissioners district 5 or 7, very few in district 6, a seat up for grabs this year, incumbent Ricky Bullard unopposed on the ballot.

Columbus County Board of Elections Supervisor Carla Strickland, Tuesday afternoon, said she was not aware that any voters were turned away from the Williams 2 Precinct. She was not available for further comment at the time of this report.

Strickland said the Chief Judge of each precinct is responsible for getting voting supplies the day before the election, and that person for South Williams left a single box of ballots behind at the county Board of Elections Office Monday.

No one discovered the problem until about an hour after the polls opened, about 7:30 p.m., when the first voter from within the town showed up and was told he or she could not vote.

There is one local issue on the ballot for Tabor City voters, a referendum that will decide if liquor can be sold by the drink in “hotels, restaurants, private clubs, community theatres, and convention centers.”

Updates will be posted here as events warrant. Look for the full story and an election recap in tomorrow’s Tabor-Loris Tribune in print and online.

Voting hours may be extended in Tabor City this evening in response to the failure of the Columbus County Board of Elections to provide all of the necessary ballots at South Williams Precinct before the polls opened Tuesday morning.

Extending voting hours in Tabor City to 9:30 p.m. tonight will be considered by the State Board of Elections during a 4:30 p.m. meeting today, spokesman Patrick Gannon said.

Meeting in emergency session Tuesday morning, and apparently without making any effort to contact this newspaper about the meeting, the county board adopted a resolution that said the polling place at the Tabor City District Court Building “did not have the Ballot style 6071” when polls opened at 6:30 p.m., The News Reporter in Whiteville reported.

Phone calls from this newspaper to the county Board of Elections have not been returned today.

Updates will be posted here as events warrant. Look for the full story and an election recap in tomorrow’s Tabor-Loris Tribune in print and online.

Voters have been turned away from voting in Tabor City and elsewhere in Columbus County because ballots were not in place this morning, with no clear explanation offered from the Columbus County Board of Elections.

Ballots for voters who live inside the Tabor City town limits arrived at the Tabor City District Court Building after 8:30 a.m., more than two hours after polls opened.

Columbus County Board of Elections Chairman Harold Fipps delivered the ballots, and shrugged saying “You try to run an election and see how easy it is.”

Fipps said 20 or more voters were turned away earlier Tuesday morning, “but they were told they can come back.”

Voters at the Williams 2 precinct at Lebanon United Methodist Church also reported being turned away early Tuesday because ballots for their addresses were not present.

Board of Elections Supervisor Carla Strickland was not available for comment or explanation Tuesday morning, and had not returned a call from Tabor-Loris Tribune after more than an hour. 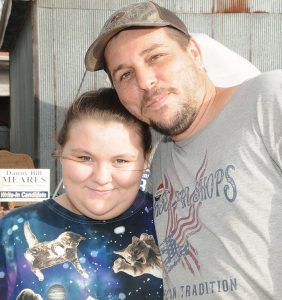 Poll watchers in Tabor City said some who tried to vote early Tuesday morning left in disgust or frustration, saying their schedules would not allow them to return before the polls close at 7:30 p.m.

James Hill, a life-long Tabor City resident, sat in his truck with his wife Michelle and daughter Sierra, who is too young to vote, waiting for ballots.

Once inside the courthouse, there was another disappointing surprise.

“They told my wife she was registered somewhere else, Chadbourn,” Hill said. “She’s lived here all her life, always voted here. We’ve never lived in Chadbourn.”

Hill said he was unimpressed with the election organization.

“I’ve never seen nothing like this,” Hill said. “Disorganized.”

Look for more election day coverage as events warrant, and election results here tonight and in tomorrow’s Tabor-Loris Tribune in print and online.

Modest increases: COVID cases up by three in Columbus, six in Horry

COVID cases jump by 18 in Loris area, climb by five in Columbus, as some restaurants and salons reopen