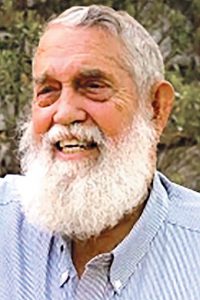 Harvey “Papaw”  Labron Whisnant of Loris went home to be with the Lord on Saturday, Nov. 24. He was 76.

Born in Burke County, on Jan. 5, 1942,  he spent most of his youth in the Church of God Orphanage in Concord. After joining the U.S. Army in 1960, he spent the majority of his service in Germany. Once leaving the Army, he returned to Western North Carolina where he worked in textiles for 40 years and retired in 2004. From 2004 – 2016 he was the owner of Johnnie’s Catering Company.

He was preceded in death by his sisters Sylvia Kay, Gail, Sharon, and one brother Larry.

He is survived by his wife, Johnnie Atkins Whisnant; daughter Tammie (Kevin) of Columbia; two sons Stephen (Sherry) of Loris, Billy (Lisa) of Black Mountain; and four grandchildren Allison of Summerville, William of Black Mountain, DJ of Charlotte, and Rebecca of Loris. He is also survived by many loving nieces and nephews.

As a member of Dogwood Hill Baptist Church in Loris, Harvey is remembered as a loving Papaw to many children other than his own. He loved fishing, football, puzzles, flea markets and especially telling stories. He never met a stranger and was remembered by most he met.