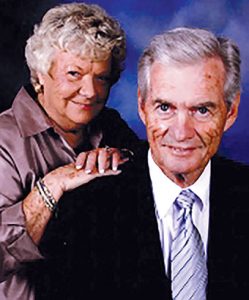 Hallett “Hal” Larrimer Wallace of Longs passed away on Thursday, Nov. 29, at his home following an illness. He was 83.

Mr. Wallace was born on Oct. 9, 1935 in San Antonio, Texas to the late Robert Wallace and the late Francis Ellsworth Wallace.

Mr. Wallace retired as an electronic warfare engineer with Raytheon and was of the Episcopalian faith.

Survivors include his wife, Annette Hardee Wallace of the home; and step-son Kevin Davidson and wife, Julie of Charleston.

Mr. Wallace was predeceased by his son, Hal Ellsworth Wallace.