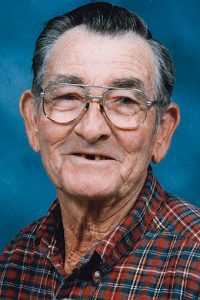 William Floyd Ward of Loris died Tuesday, Dec. 18, in the Loris Rehab and Nursing Center. He was 87.

Born Dec. 23, 1930 in Columbus County, he was the son of the late William G. Ward and Eva Gertrude McLamb Ward Soles and the widower of Kathleen Durden Ward.

In addition to his parents and wife, he was preceded in death by a son, Ricky Ward; a son-in-law, Lester C. Branton; granddaughter; Kathy Jo Ward; a sister, Lucille Fowler; and a brother, Donald Ray Soles.