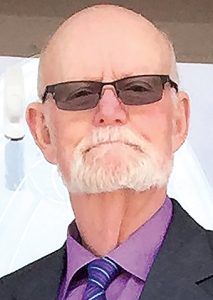 Cannie Harold Ward, Sr. of Clarendon died Tuesday, Dec. 18, in the New Hanover Regional Medical Center in Wilmington. He was 73.

Born Nov. 1, 1945 in Columbus County, he was the son of the late Cannie Deleslie Ward and Bessie Manthia Reeves Ward.

He is survived by his wife, Lorene Dotson Ward of the home; two sons, Harold Ward Jr.  and wife Ronni of Decatur, Nebraska, Chris Ward of Charlotte; and one grandson Isaac Ward.

In addition to his parents, he was preceded in death by three brothers, Isaac D. Ward, Jessie W. Ward, Weldon Ward; and two sisters, Mavis Fowler and Clara Stevens.

He was a Veteran of the United States Army and a member of Mission Valley Original Free Will Baptist Church.

A memorial service was planned for 2 p.m. Saturday, Dec. 22, in the Inman Ward Funeral Home Chapel.

Visitation was planned for the hour preceding to the service in the chapel.