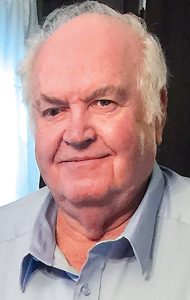 Born in Horry County, he was the son of late Dewey Rufus Grainger and Mable Eula Grainger.

He was a veteran, serving in the U.S. Army.

In addition to his parents he was preceded in death by a brother, Brendle Grainger; two sisters, Gloria Jean Grainger and Annell Grainger.