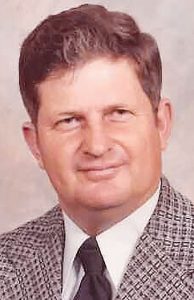 Born in Columbus County, he was the son of the late George Randle Faulk and Amanda Long Faulk.

He was a member of Seven Creeks Baptist Church where he served as secretary and treasurer for 45 years.

He was a proud veteran of the U. S. Navy, where he served honorably until he was discharged.

Among his many accomplishments, he was chairman of the Democratic Bug Hill Precinct #3, and he was a farmer and logger all of his life, but his biggest accomplishment that he was most proud of was his family. He always said he was a blessed man in many ways who never lost trust in his Good Lord.

In addition to his parents, he was preceded in death by two brothers, Robert and Roy Faulk; two sisters, Zula Chestnutt and Letha Stanley; and a son-in-law, Guy Register.