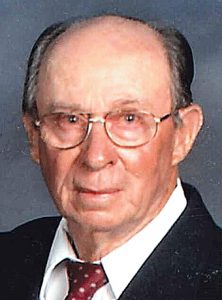 Charles Edison Ward of Tabor City died Saturday, Dec. 29, in his home. He was 83.

Born May 18, 1935 in Charleston, he was the son of the late William Norman Ward and Carrie Ann Anderson Ward.

He is survived by his wife, Diane Blackman Ward of the home; and a daughter, Pam Ward Prince and husband Mark of Whiteville.

In addition to his parents, he was preceded in death by a brother, William Thomas Ward; and four sisters, Pauline Ward, Annie Ward Veronee, Margaret Atchley, and Naydean Stanley.

Visitation was planned for the hour preceding the service in the church fellowship hall.

A guest register is available here