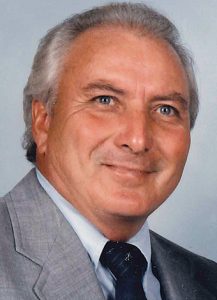 Born May 10, 1934 in Columbus County, he was the son of the late Bruce Watts and Luemettie Soles Watts and the widower of Nancy Carol Soles Watts.

In addition to his parents and wife, he was preceded in death by three brothers, Jack Watts, Howard Watts, and Maxie Watts.

Visitation was planned from 67 to 8 p.m. Friday, Jan. 4, in Westside Baptist Church.

In lieu of flowers, memorials may be made to the Tabor City Fire Department Auxiliary Fund, 113 West 4th Street, Tabor City, NC 28463.