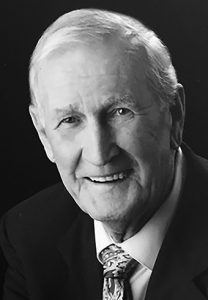 Born March 26, 1933 in Columbus County, he was the son of the late Fred and Bessie McPherson.

In addition to his parents, he was preceded in death by his wife, Matha Delores Whittington; one brother, David McPherson; and three sisters, Lucy Monroe, Nellie Lee, and Betty Lou Lisk.

He was a United States Army Veteran serving during the Korean War. He was a lifetime member of Beaverdam Original Free Will Baptist Church, where he served as an Elder and sang in the McPherson Quartet since the late 1950s.

Visitation was planned from 6 to 9 p.m. Tuesday, Jan. 15, in Beaverdam Original Free Will Baptist Church.