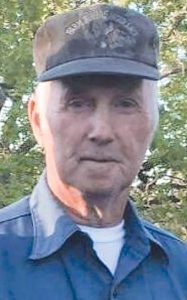 Joe Thomas Buffkin of Tabor City died Monday, Feb. 4, in the Lower Cape Fear Hospice and LifeCareCenter in Whiteville. He was 77.

Born April 28, 1941 in Horry County, he was the son of the late Clarence L. Buffkin and Lottie Mae Hodge Buffkin.

He was preceded in death by two brothers, Jack Buffkin and Bud Buffkin; one sister: Alice Faye “Dixie” Buffkin.

He worked with the North Carolina Department of Transportation for forty four years.

A graveside service was planned for 11 a.m. Thursday, Feb. 7, in the Cherry Grove Baptist Church Cemetery.

Visitation was planned for the hour preceding the service at the graveside.

In lieu of flowers, donations may be made to St. Jude’s Children’s Research Hospital, 501 St. Jude Place, Memphis, TN  38105 or the charity of your choice.