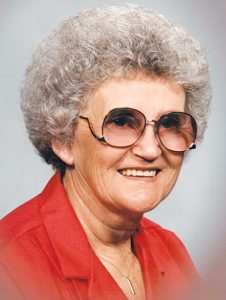 Born April 13, 1935 in Horry County, she was the daughter of the late Pheniox Albert Smith and Retha L. Ikner Smith Ward and the widow of Rudolph Fowler.

In addition to her parents and husband, she was preceded in death by three sisters, Amanda Lea Julian, Louise Wright and Gertrude Snoddy.

Visitation was planned from 6 to 8 p.m. Wednesday, Feb. 27, in Inman Ward Funeral Home of Tabor City.