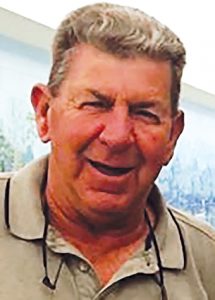 Delbert Dan Williamson of Loris passed away on Sunday, Feb. 24, at McLeod Loris hospital following an illness. He was 70.

Mr. Williamson was born on Sept. 28, 1948 in Mullins, to the late John Duncan Williamson and the late Blanch Fowler Williamson.

Mr. Williamson was an avid tennis player, deer and bird hunter. He loved his children and grandchildren more than life and was of the Baptist faith.

In addition to his parents, Mr. Williamson was predeceased by his brother, Harold Williamson.

Visitation was planned from 5 to 7 p.m. Friday, March 1, at Hardwick Funeral Home.