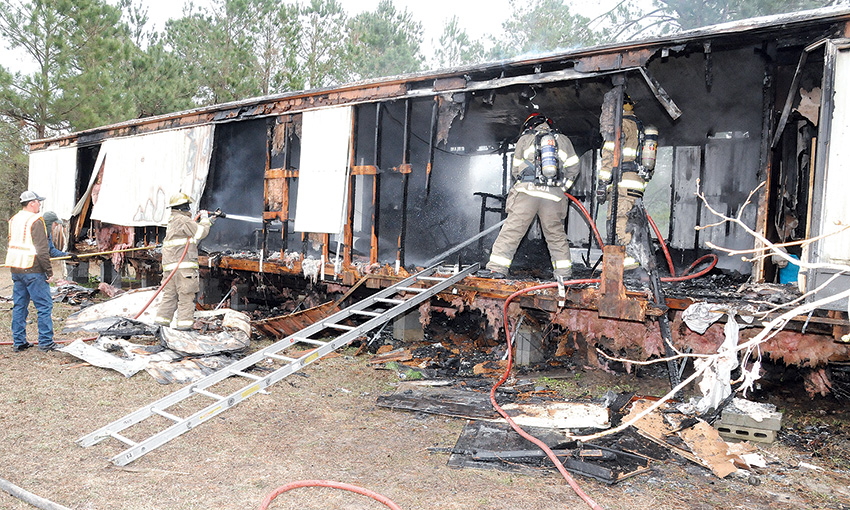 “There was no power to the house,” Blackman said. “There’s never been power on the house.”

D.B. White, who lived in the home, was apparently not there when the fire was discovered after 11 a.m., Blackman said, though some neighbors initially thought he might be inside.

Fire crews from Nakina and Tabor City responding to back-up Williams Township Fire Department determined there was no one inside, but the loss was nearly total.