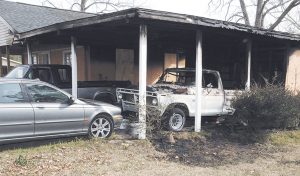 An attempt to destroy surveillance cameras by setting a Ray Street home ablaze Monday night instead resulted in the arrest of a neighbor Tuesday, Capt. Greg Sibbett of the Tabor City Police Department said.

Frank McLeod Phillips, 58, was arrested at his home Tuesday morning, charged in a warrant with second degree arson that damaged three vehicles, a utility trailer and the home of Nathan Brian Meadows, 44, Sibbett said.

“The residence had heavy surveillance,” Sibbett said of the Meadows home. “He had a lot of surveillance cameras because of past break-ins.” 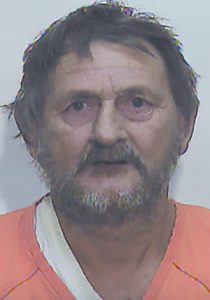 Sibbett said he believes Phillips saw the cameras, and set the blaze to “destroy evidence” of his presence on the property.

“That was too late,” Meadows said. “I already had the pictures on my phone, it was uploaded to the cloud.

For more on this story see tomorrow’s Tabor-Loris Tribune in print and online.