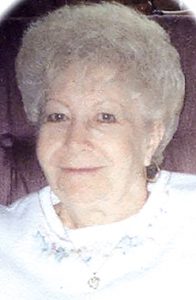 Freddie Rae Faircloth Triplett of Loris passed away on Saturday, March 16, at her home following an illness. She was 86.

Mrs. Triplett was born on Aug. 22, 1932 in Loris, to the late Harry Faircloth and the late Lizzie Allene Hardwick Faircloth.

Visitation was planned from 5 to 7 p.m. Wednesday, March 20, at Hardwick Funeral Home.