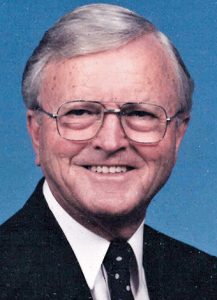 Born Nov. 5, 1928 in Columbus County, he was the son of the late Luther Rossie Fowler and Gertrude Harrelson Fowler.

In addition to his parents, he was preceded in death by a son, Kenny Fowler; and a granddaughter, Brittany Fowler.

He was a Veteran of the United States Air Force and was an ordained as a Minister in Tabor City Baptist Church.