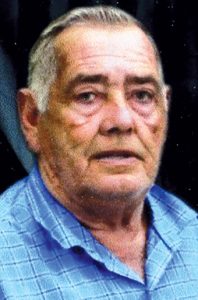 Covell Soles of Tabor City passed away on Saturday, April 20, at McLeod Florence hospital. He was 69.

Mr. Soles was born on Dec. 16, 1949 in Loris to the late Forrest Covell Soles and the late Iola Fisher Soles.

Mr. Soles was a member of New Heights Church in Trinity, attended Crossway Baptist Church in Loris, SC and worked in construction most of his life.

In addition to his parents, Mr. Soles was predeceased by his sister, Shirley Reeves.

Visitation was planned from noon to 2 p.m. Wednesday, April 24, at Hardwick Funeral Home.