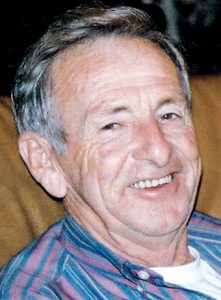 Legrant Elwood Norris of Tabor City died Monday, May 20, in Lower Cape Fear Hospice and LifeCareCenter, Whiteville.  He was 81.

Born April 7, 1938 in Columbus County, he was the son of the late Bradie Malcolm Norris and Burtie Lee Long Norris.

Mr. Norris was a loving husband, father, grandfather, and friend.  He was a true family man that enjoyed caring for his family and was always willing to help anyone he could.  He was a farmer and owner of a gas station.  He also was the owner and operator of Elwood Norris Inc. for forty one years.

In addition to his parents, he was preceded in death by one brother, Lynwood Norris and one sister, Frances Fowler.

Visitation was planned from 6 to 8 p.m . Wednesday, May 22, in Inman Ward Funeral Home.