Years in the making and often delayed, an audit covers City of Loris finances from 2015 is set to be presented to City Council Wednesday night.

An auditor from Mauldin and Jenkins is scheduled to present the formal audit during the meeting set for 6 p.m. Wednesday in the American Legion Hall, 2608 Main Street in Loris.

Months, then years of delays on the audit were blamed, in part, on missing documents including some apparently destroyed before auditors could review them.

City Administrator Damon Kempski told council on April 1 that the audit was nearly complete, and would be presented later that month. That meeting never took place, and Kempski early this month said the audit would be presented on May 22, that schedule kept with the formal announcement of the special meeting. 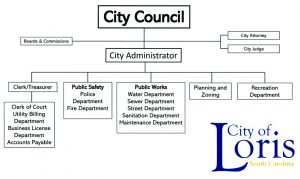 Loris City Council meetings are typically open to the public. Scheduled for the open, public session Wednesday are the audit presentation and approval of an “Operational Flow Chart” for city government.

Council is also scheduled to go into executive session, behind closed doors, and may act on matters discussed there after returning to open session.