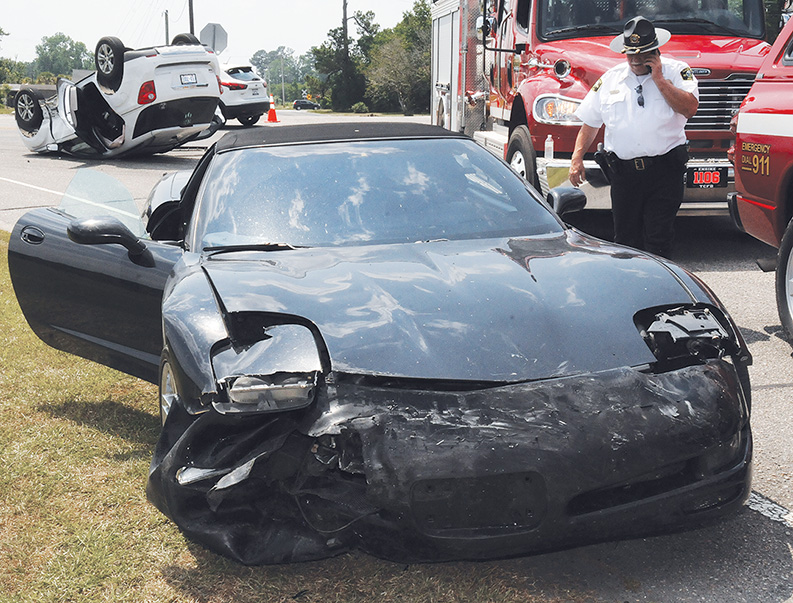 There were injuries, none apparently serious, in this two-vehicle crash on US 701 at Complex Street in Tabor City about 2:30 p.m. Thursday. An increasingly common location for crashes involving vehicles crossing or turning from Complex Street, state transportation officials have a long-range plan to install an overpass. In the meantime, Tabor City Police and Fire Department leaders have developed detour plans to work around crashes there that slowed, but generally did not stop traffic on the town’s busiest highway. (Deuce Niven, TLT)