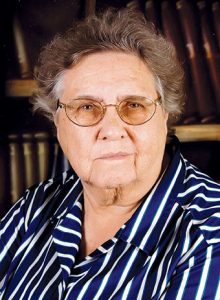 Barbara Allen Gore of Longs passed away on Wednesday, June 12, at her home. She was 83.

Mrs. Gore was a believer of the Baptist faith.

In addition to her parents, Mrs. Gore was predeceased by her first husband, Bobby Elbert Grainger and her second husband, Charles Gore.

Services will be announced at a later date.