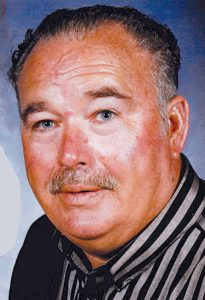 Davis Christopher “T-Boo” Grice of Tabor City died Monday, June 17, in the Lower Cape Hospice and LifeCareCenter in Whiteville. He was 82.

T-Boo was sick, tired and ready to go home to be his Lord. He departed from this world on June 17, 2019 to be with Jesus and his beloved family that left this world before him. He was born January 22, 1937 in Horry County. He entered this world to fulfill his destiny that God had for him. Davis worked many different jobs throughout his life. In 1985 he started Grice Construction, which installed sea walls, docks and pilings for new homes. After retiring January 2, 2000, he enjoyed traveling, fishing, building Martin bird houses and visiting with family. He loved spending quality time with his children, grandchildren and great grandchildren.