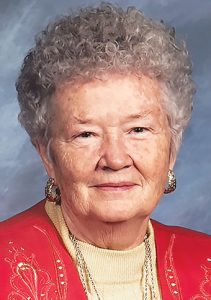 Born August 22, 1935 in Loris, she was the daughter of the late Buren Stevens and Janie Evelyn Russ Stevens and the widow of James Leroy Knutson.

In addition to her parents and husband, she was preceded in death by son in law Donald Davis; three sisters, Judy Small, Lucille Hardee, and Lana Goude; two brothers, Clyde Stevens and Clayton Stevens; and a grandson, Chris Davis.

Her children remembered their mother:

“Our mama loved flowers. She loved the Lord and everyone, especially her children and grandchildren. She was the glue that held the family together and was loved by all. She was a lifetime member of Grace Baptist Church in Loris.”