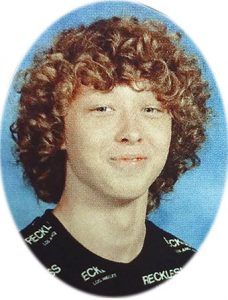 Nathaniel Taye Long of Loris passed away alongside his best friend, Tyrell Gayle, on Wednesday, June 26, following an accident. He was 16.

Nathaniel was born on Aug. 22, 2002 in Loris. He was an outstanding student and was starting his senior year at the ATA. He also worked with A&R Cleaning in Myrtle Beach, enjoyed working in the yard and small engine repair.

Survivors include his mother, Chasity Leigh Black and step-father, Kuhl Harrald of Loris; his sister, Jenna Starr Long and her fiancé Steven Ennis of Loris; niece Ember Rose Ennis of Loris; maternal grandparents Jackie and Michael Westbrook of Conway; an aunt, Tony Black of Loris; and cousins Shawn and Aron Billing both of Loris.

Nathaniel was predeceased by his father, William Ray Long; and his paternal grandparents, Ardle Darnell and Sue Harrald Long.

Visitation was planned from 1 to 3 p.m. Tuesday, July 2, at Hardwick Funeral Home.